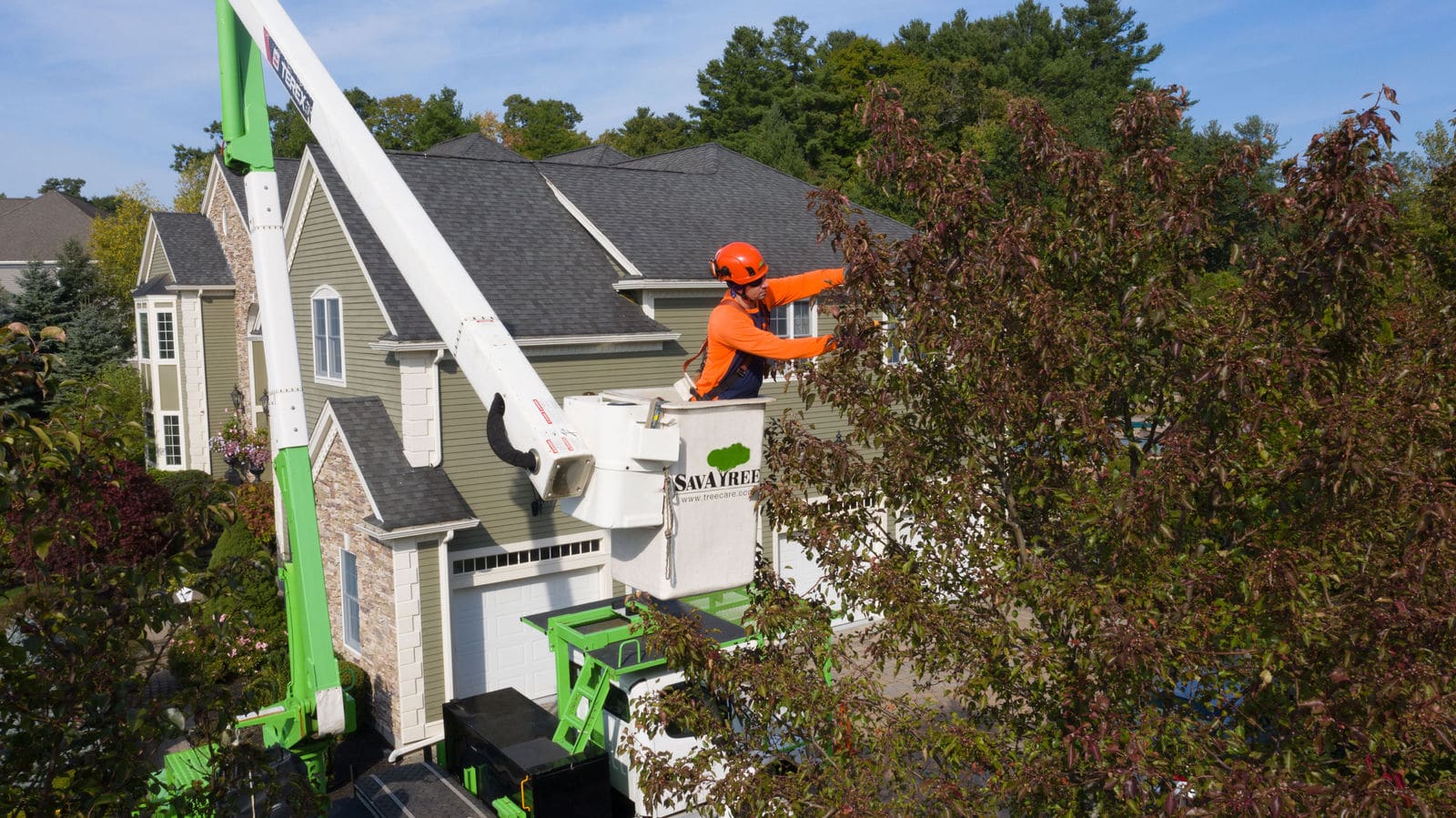 It’s often recommended that tree pruning should be completed in the fall and winter months when trees are under considerably less stress, and there is a decreased chance of insects and diseases impacting the open wounds of the branch.

But many homeowners want to know if summer tree pruning is safe for the tree as it sometimes can be unavoidable. While not ideal for heavy pruning, there are many good reasons and benefits for summer tree pruning beyond the traditionally recommended seasons.

As trees emerge from dormancy in the spring and fully leaf out later in the season, you might notice that some branches are no longer viable. While you certainly could leave them alone until the fall or winter months, the tree is still sending vital nutrients and moisture to those dead branches while robbing them from limbs that are still growing.

Therefore, it’s best to prune the dead branches as soon as their demise is confirmed. Not only will this cause less stress on the tree, but it also lessens the chance of breakage, which could cause damage to structures, people, and pets.

Fruit trees often receive the most significant benefits from summer tree pruning. Pruning out dead branches can increase light penetration and air circulation, promoting overall health while encouraging greater quality of the fruit produced. In addition, summer tree pruning helps support branch development, while weeding out any overlapped branches which might strangle each other for a healthier fruit harvest.

Controlling the Spread of Pests and Diseases

While many things can cause dead branches, pest and disease infestations are common. Therefore, it’s best to remove any infected branches to protect the overall integrity and longevity of the entire tree. Do not compost branches that are known to be infected with pests or diseases, as this will spread them to other trees and shrubs on your property.